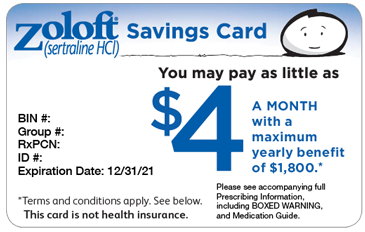 With commercial insurance,† eligible patients may get brand-name ZOLOFT for as little as $4 for a 30-day supply.

Help Ensure the Brand You Choose is Dispensed as Written

Write or select the following based on your state's requirement